FBLA leaves their mark at conference 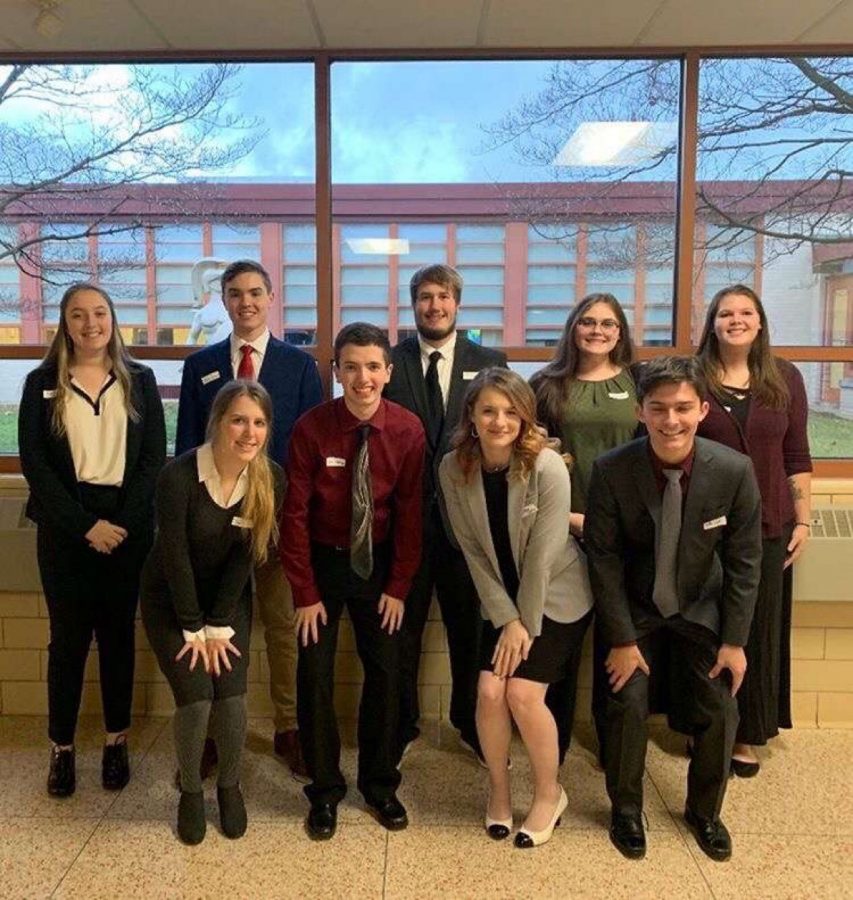 The Future Business Leaders of America (FBLA) is a club that sheds light on leadership and strengthens the abilities of students in the business field. It allows for students to have the opportunity to increase their skills in marketing abilities, as well as provide more exposure to the field of application skills.

Junior Nathan Taylor believes that FBLA is one of the best clubs Bellefonte offers to its students.

“Even though the club can sound intimidating, the students and advisers make every meeting and trip so fun and memorable. At meetings we have doughnuts and chocolate milk, make pancakes, and more. FBLA is by far one of my favorite clubs Bellefonte has and I would recommend it to every student to join,” Nathan said.

The club just recently attended the Regional Leadership Conference (RLC) on December 4. Students competed by showing their abilities in a multiple choice test or performance events while being judged on their public speaking ability.

“There’s a regional competition, and then the top three students in testing events and top two students in performance events go to states,” Mr. Myers said.

Some of the students involved moved on from this competition, moving up to the state level. Bellefonte will be sending six students to the state competition, which is scheduled for April 6 through 8, but there is a chance more members will be able to attend. As of right now, seniors Nick Catalano and Nolan Putnam, juniors Amaya Rothrock and Nathan Taylor, sophomore Madison Melius and freshman Davis Corman are attending. Davis was elected Regional President and now has the opportunity to work with not only the students in Bellefonte, but students from around the area.

“For his first year in FBLA, Davis did exceptionally well at his first RLC. Not only was he elected to be our Regional President, but he also placed first in his event. His event entailed writing a speech and then performing it in front of a room full of people, which is not easy to do. A big congratulations to him,” senior Annalee Caprio said.

Mr. Myers explained that FBLA is a great opportunity for students to compete against each other and learn skills to help them in future jobs or college applications.

Nathan agreed saying, “It’s not just for students interested in business; FBLA teaches kids a variety of skills that they can use in life, no matter their future occupation.”