Red and White’s Guide to the Grammy Awards 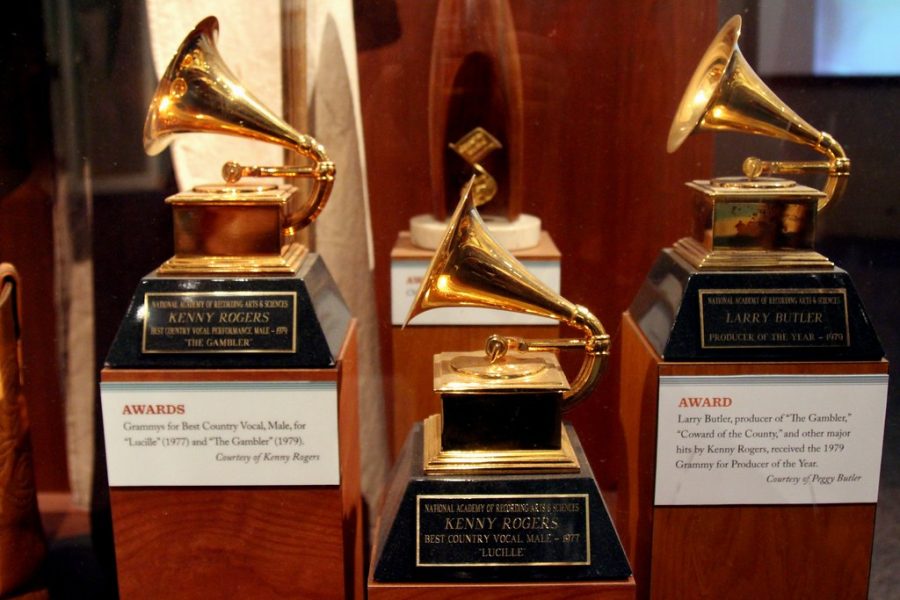 Every year in January, musicians around the world gather to honor their various projects and performances. This special night marks the Grammy Awards, and this year’s nominations for 2022 have garnered a lot of praise and controversy.

Over the years, a few awards have obtained specialized interest amongst individuals watching the award show. The four particular achievements are regarded as the “Big Four” and consist of Album Of The Year, Record Of The Year, Song Of The Year, and Best New Artist (see a complete list of the nominations below). Within these categories, particular praise and ridicule have arisen.

In an article published in the Pitchfork, Jillian Maples voiced the concern of many in which the nominations seem sub-par, even dull.

“The big four categories are a perplexing snooze,” he exclaimed.

Maples’ rationale behind her opinion was based on the nominees. She felt as though they were the generic grammy lovers such as H.E.R, Taylor Swift, and Justin Bieber, as well as the fact that the variety of genre seemed lacking thereof. Moreover, a passionate group of fans of the KPop band BTS have been outraged by their “snub” at the Grammys, in which they were not nominated for a single “big four” award after dominating the Billboard Charts.

In addition, many Kanye and Taylor Swift fans feel that the twos last minute nomination for Album Of The Year, was simply a publicity stunt.

Nevertheless, with these nominations, many artists have dominated the list obtaining numerous bids in a sleuth of categories. Olivia Rodrigo was nominated for all of the “big four awards” as well as three others. H.E.R, Justin Bieber, and Doja Cat have also snagged eight themselves. Billie Eilish, who had swept the Grammys in 2020, is also up for seven awards with three of them being a part of the “big four.”

In regards to the predictions of the winners for the 2022 show, Olivia Rodrigo, Billie Eilish, and Silk Sonic appear as clear frontrunners to win their respective categories.

For Best New Artist, Olivia Rodrigo is a clear frontrunner for her hit new album Sour, which charted number one for five weeks over the summer.

In regards to Song Of The Year, frontrunners include Oliva Rodrigo’s “Driver License,” Billie Eilish “Happier than Ever,” and Silk Sonic’s “Leave the door open.”

These three individuals are all also amongst the most expected individuals to win the Record Of The Year category for the same songs.

Finally, in respect to the most anticipated award of the night, Album Of The Year, slightly different from the previous two, both Eilish & Rodrigo are favorites to win for their respective albums, however in addition to the two is also Love for Sale by Lady Gaga and Tony Bennett.

Even with clear frontrunners within the categories, the night is still expected to be one to remember.