An end to an immaculate career 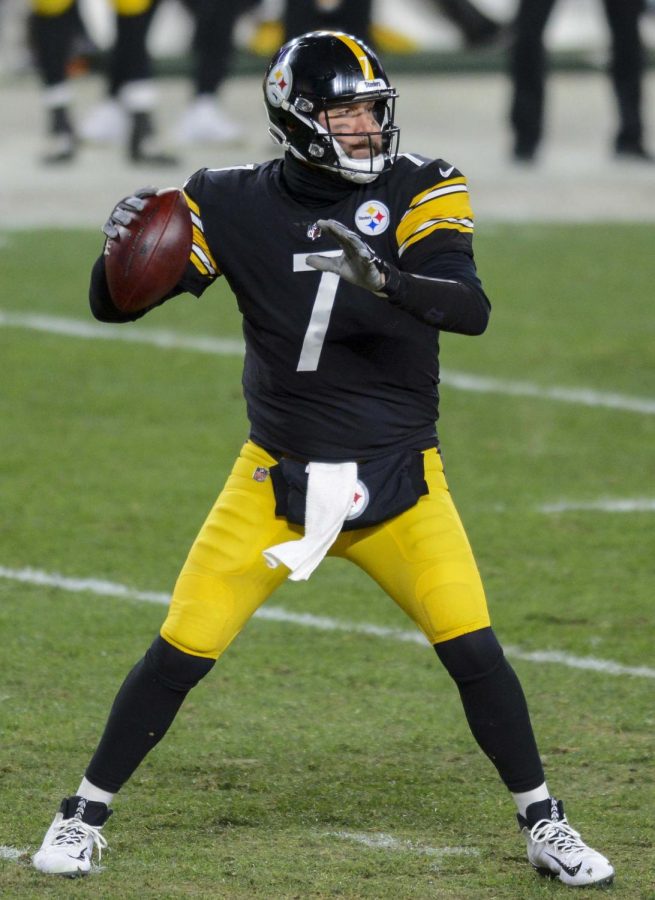 The quarterback drafted in 2004 out of the University of Miami has been a leader since his first game in the NFL. Throughout his 18 seasons he has built a hall of fame resume including two superbowl wins. He has created many good memories and has never had a losing seasonal record.

The game against the Cleveland Browns on January 3 was most likely the last home game of his career. To have another home game would require a lot of wins and more luck than it took to get into the playoffs.

On Monday night January 3, Ben Roethlisberger got to take the final kneel in order to win the game, and in dramatic fashion the crowd erupted. Ben soaked in all of the love and cheering after the game concluded, taking one last trip around the field, high fiving fans and enjoying his final moments.

The Steelers had the cards fall their way and are headed to the playoffs. This season will likely be the last time anyone sees Ben play a game in the NFL. He has always been good in the playoffs, he has a 13-9 record in the postseason and looks to improve on it through the end of his historic career.

There is no doubt that Ben is a future hall of famer, his career is coming to an end and he holds or ties 24 NFL records. He holds 5 rookie quarterback records, one of which will most likely never be broken.

This rookie record is the most consecutive wins as a rookie quarterback without a loss. He holds this record with a 13-0 record. This history is hard to break as no has even come close to breaking the record, with the closest only being Dak Prescott.

All of this being said, Ben has most likely played his last game at Heinz field. The end of Ben’s career is coming most likely at the end of this season. Although all signs are pointing this toward this being the end there is a slight hope that Ben could return next season for one last ride. The chances of this are extremely thin as Ben’s statistics have been on the decline in the recent seasons, this along with the injuries he has faced in the last two years lead most to believe this is it for his career.